Borderland and crossroads of stories 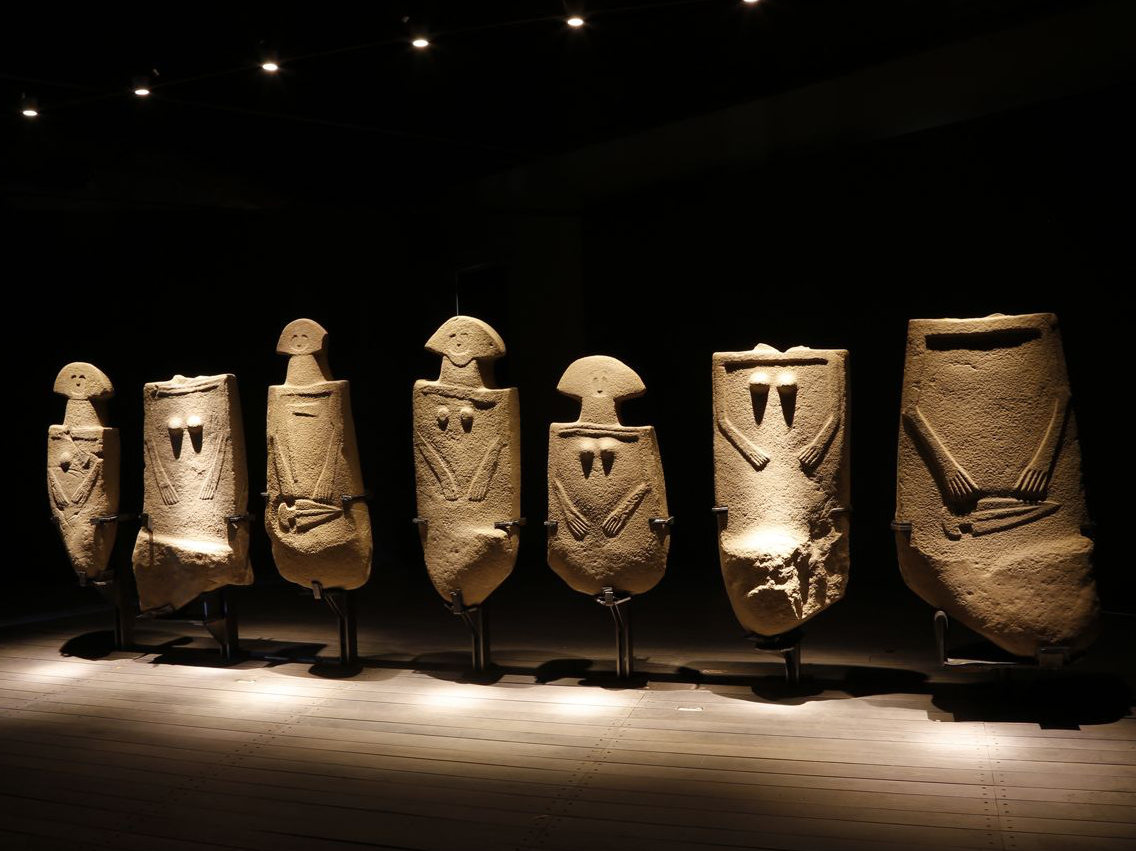 Lunigiana is an historical area situated in Northern Tuscany at the border with Liguria and Emilia Romagna.

Today Lunigiana corresponds to the valley of the Magra River, thus it is administratively divided between two Provinces: La Spezia and Massa Carrara. However, in the past Lunigiana covered a bigger area represented by the diocese of Luni.

Thanks to its morphological features and to its strategic position, the Magra Valley has always been a natural corridor that has seen the passage of different peoples who have strongly influenced the history and organization of this territory.

Lunigiana has featured a strong cultural identity since the Prehistoric Era, as witnessed by the popular Statue Stele, anthropomorphic stone statues dating back to the 4th-1st millennium B.C., kept at the Piagnaro Castle in Pontremoli.

The name “Lunigiana” was first used in 1141 to indicate a territory belonging to the Roman municipality of Luni and to its 35 Parish churches scattered around the Magra Valley, Serchio Valley and the coast as far as Versilia in the South and Levanto towards West. This territory is today referred to as “Lunigiana Storica” (Historical Lunigiana).

The Romans, who had defeated the Ligurian people living in this area, founded the city of Luni at the mouth of River Magra in 177 B.C.. Luni was very powerful especially during the Imperial time when they started to excavate the nearby marble quarries in Carrara. Thanks to the harbour these products could be shipped to all the territories belonging to the Empire. Also, the area was well connected already in the Republican Age thanks to an efficient road system. Unfortunately, the city experienced a productive and trade crisis in the 4th century due to the shutting down of the marble quarries and to the abandon of the harbour that became a marsh.

After the decay of Luni no other city or political power managed to give a unified administrative entity to Lunigiana again.

After the fall of the Western Roman Empire, during the barbarian invasions (6th-7th century), in Lunigiana Byzantines fought against the Longobards, therefore in this period many castles and fortifications were built. When the Longobards won, Lunigiana passed under the influence of Lucca that continued also during the rule of the Franks.

While Luni was suffering sackings by the Saracens and Normans, the Frankish dukedom was replaced by a Carolingian march, however no political change took place until the 10th century. The territory was organized according to the “curtes”, rural land properties that were the basis on which the following division into fiefdoms took place. These lands belonged mainly to rich families, in particular to the Obertenghi, but also to the Church and its bishops.

At the half of the 10th century the King of Italy Berengario II founded the Mark of Liguria Orientale (Eastern Liguria) ruled by the Earl Luni Oberto of the Obertenghi family. Lunigiana was included into this Mark so it was no longer under the influence of Lucca.

In the 10th-11th century, the territory was divided into numerous small land properties due to the crisis of the Italian Reign and to the absence of strong urban centres.

Therefore, in the 12th and 13th century Lunigiana experienced a political instability during which two political entities in contrast with one another emerged: the Malaspina family (part of the Obertenghi dinasty) on one side and the bishops of Luni on the other. They fought each other throughout the 13th century until the 1304 when they finally signed the Treaty of Castelnuovo in the presence of the poet Dante Alighieri (who was exiled in Lunigiana) as their solicitor.

With this treaty, the bishop of Luni maintained its rule over the coast and the lower Magra valley whereas all upper Lunigiana was assigned to the Malaspina who however were unable to create a unified fiefdom.

The lands were in fact divided in two parts: the “Spino Secco”, ruled by Corrado Malaspina, included the lands on the right riverside of the Magra River whereas the “Spino Fiorito”, referring to Obizzo Malaspina, covered the left riverside with the exception of Villafranca. Pontremoli was the only town that was not subjected to the Malaspina rule and that acted as an independent Comune for centuries.

Throughout the Late Middle Ages Lunigiana was divided into smaller and smaller fiefdoms ruled by different foreign lords.

Some popular characters of that time, such as Castruccio Castracani and Spinetta Malaspina, tried to unify the territory without any luck so in the 14th century Lunigiana was divided between the main cities of that period: Genoa, Milan, Lucca and Florence.

During the Modern Age Lunigiana continued to be a territory at the border of different municipalities and small fiefdoms ruled by the Malaspina.

When Napoleon occupied Italy, the local fiefdoms had to pledge loyalty to the French Empire, but with the Vienna Congress Lunigiana was assigned again to the Italian dukedoms of Tuscany, Modena, Parma and Sardinia.

Finally, following the unification of Italy, Lunigiana took the administrative layout that characterizes it today divided between two Regions and three Provinces, which still causes identity and administrative problems.